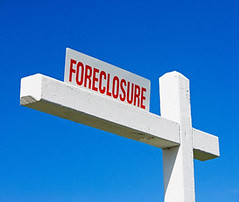 Recently, in Bank of New York Mellon v. Carson, the Wisconsin Supreme Court issued a decision that, in the words of Justice David Prosser, Jr., “radically revises the law on mortgage foreclosures” and could significantly obstruct lenders’ efforts to minimize or mitigate their losses. In its decision, the Supreme Court held that circuit courts have the authority to order the sale of foreclosed and abandoned properties. The Court further held that any judgment involving a vacant property must include a requirement that the property be sold within a reasonable time following the redemption period. The Carson decision marks a drastic change in the landscape of Wisconsin foreclosure law, which previously provided the lender with wide latitude to determine the timing of the sale.

In Carson, Shirley Carson obtained a loan in the amount of $52,000, which she secured by a mortgage on her principal residence. Carson later abandoned the property and defaulted on the loan, prompting the lender to file a complaint seeking a judgment of foreclosure. Carson failed to appear, and the circuit court entered default judgment in favor of the lender. Among other things, the circuit court order directed that the property be sold any time after expiration of the three-month redemption period.

The lender, however, did not schedule a sheriff’s sale, and the property remained vacant and unattended for nearly 16 months. During that time, the property was repeatedly burglarized, vandalized, and became subject to various maintenance and building code violations. Carson, as the owner of the property, was fined $1,800. Unable to maintain the property or pay the fine, Carson filed a motion to amend the trial court judgment, requesting that the court deem the property abandoned and issue an order setting the property for sale.

In support of her motion, Carson cited Wisconsin legislation on abandoned premises, Wis. Stat § 846.102, which states, in part, that “if the court makes an affirmative finding upon proper evidence being submitted that the mortgaged premises have been abandoned by the mortgagor and assigns, judgment shall be entered . . . and the sale of such mortgaged premises shall be made upon the expiration of the 5 weeks from the date when such judgment is entered. “

The circuit court denied Carson’s motion, concluding that the abandoned premises statute did not specifically grant the court authority to order the lender to sell the property at a specific time. Carson appealed, and the appeals court reversed. The appellate court ordered that the property be sold without delay upon a determination that the property was, in fact, abandoned. The case went to the Wisconsin Supreme Court, where a four-justice majority ruled in favor of Carson.

In its opinion, the majority found that the plain language of the statute grants the circuit court the authority to order a lender to sell the property. The Court further recognized that parties aside from the mortgagee are free to raise the issue of abandonment. Finally, the majority opinion noted that the trial court’s judgment must include a requirement that the property be sold within a reasonable time after the redemption period. The Court supported its conclusion by examining the purpose of the statute and discussing in detail the problems created by abandoned and blighted properties.

The Carson decision is important in several respects. As discussed above, the majority opinion expressly provides that circuit courts may force a servicer that has obtained judgment on an abandoned property to proceed to sale. One consequence of the Court’s decision is that a servicer no longer has the option of delaying the sale and waiting for market conditions to improve. As a result, the Court’s decision has the potential to substantially impair a servicer’s ability to minimize or mitigate their loss through foreclosure, possibly affecting available credit. Further, the Carson decision will undoubtedly create problems for servicers attempting to work through loss mitigation options – loan modifications, short sale agreements, etc. – after moving for judgment.

To that end, servicers must be cognizant of the fact that proceeding to judgment on a vacant property will likely preclude borrowers from pursuing foreclosure alternatives. Finally, borrowers and municipalities may begin to take a more aggressive position in cases where the property is arguably abandoned. Accordingly, servicers should ensure that they thoroughly investigate a property’s condition prior to initiating foreclosure proceedings. This will enable lenders to adequately assess the costs and benefits of moving for judgment.