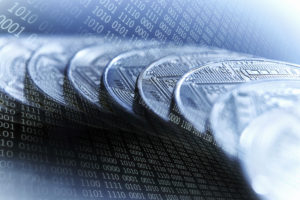 Courts and regulators continue to struggle with how to define cryptocurrencies. The latest installment of this ongoing debate came from an unlikely source: a state appellate court’s opinion on a criminal matter. Specifically, on January 30, 2019, the Third District Court of Appeal for the State of Florida entered an order reversing a trial court’s dismissal of charges of illegal money transmission, finding that Bitcoin was a payment instrument under Florida law.

The State of Florida charged the defendant, who allegedly operated an unlicensed bitcoin-for-cash brokerage business, with one count of unlawfully engaging “in the business of money transmitter while not being registered as a money transmitter or authorized vendor” and two counts of money laundering. The trial court dismissed the charges, finding that Bitcoin did not fall within the ambit of the money transmission statute.

On appeal, the court of appeals reversed the trial court’s decision, finding that Bitcoin does not expressly fit within the definition of “currency,” but it does qualify as a payment instrument, defined as a “medium of exchange, whether or not redeemable in currency,” under Florida’s money transmission statute. In reaching this conclusion, the court noted that Bitcoin was accepted as a form of payment by several restaurants in the Miami area, a prominent Miami plastic surgeon, and the defendant’s own expert, who conceded he was paid in Bitcoin for his services. Additionally, the defendant marketed his business as an exchange of cash for Bitcoins. As a result, the defendant was required to be registered under the statute as a money transmitter.

This is a significant development under Florida law, as a person is prohibited by the Florida Money Services Businesses Law, Chapter 560, Florida Statutes (the “Florida MSB Code”) from engaging in, and in some cases merely advertising its engagement in, a Regulated Money Service in Florida without first obtaining a license from the Florida OFR or qualifying for a statutory exemption from licensure. This case appears to widen the scope of cryptocurrency businesses that must now register under the Florida MSB Code — holding even brokers who facilitate the buying/selling or exchange of cash for Bitcoin (or potentially other cryptocurrencies) with engaging in “selling or issuing payment instruments for compensation.”

Cryptocurrency businesses must navigate a fragmented state-by-state approach to permissible business practices, licensing requirements, and related know-your-customer procedures. The fragmented regulatory requirement is further complicated by the varying definitions of cryptocurrency itself.

This case is hardly the first instance where a court or regulator struggled to define the nature of cryptocurrency. In July 2017, the Securities and Exchange Commission (SEC) released a “Report of Investigation Pursuant to Section 21(a) of the Securities Exchange Act of 1934: The DAO” (the “21(a) Report”). The 21(a) Report considered whether the DAO—a Decentralized Autonomous Organization, or virtual organization executed on a distributed ledger or blockchain—violated federal securities law by selling DAO tokens, which would then be used to fund projects, to investors. The SEC ultimately determined that the DAO tokens were securities under the Securities Act of 1933 and the Securities Exchange Act of 1934, and therefore should have been registered with the SEC. According to the SEC, the 21(a) Report was intended to stress that U.S. federal securities law may apply to “Initial Coin Offerings” (ICO) or “token sales” depending on the particular facts and circumstances, without regard to the form of the organization or technology used to effectuate a particular offer or sale.

In November 2018, the SEC announced a settlement with two companies that sold digital tokens in ICOs and imposed civil penalties for ICO securities offering registration violations. And, in September 2018, the SEC settled an enforcement action with a self-described “ICO superstore” for operating as unregistered broker-dealers.

As a result of the SEC’s position on ICOs, Basis, a stablecoin startup with $133 million in funding, announced in December 2018 that it was shutting down and returning funds to investors because it would be unable to avoid securities classification by the SEC.

While the SEC appears to take a broad view of what constitutes a security in the cryptocurrency space, not all regulators and courts agree. In 2015, the U.S. Commodity Futures Trading Commission officially categorized Bitcoin as a commodity, which puts Bitcoin in the same classification as gold. This classification has been upheld by the U.S. Bankruptcy Court for the Northern District of California and recently received further support from a decision by the U.S. District Court for the District of Massachusetts.