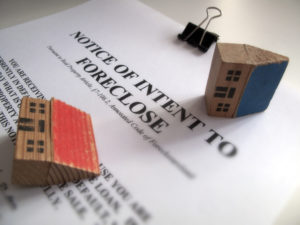 Conducting a foreclosure does not make one a “debt collector,” at least for the general purposes of the Fair Debt Collection Practices Act (FDCPA). That fact is the upshot of yesterday’s unanimous Supreme Court decision in Obduskey v. McCarthy & Holthus LLP.

In Obduskey, the law firm of McCarthy & Holthus LLP was hired to conduct a nonjudicial foreclosure in Colorado after Obduskey defaulted on his mortgage loan. McCarthy mailed Obduskey a letter indicating its intent to “commence foreclosure” against the property, which purported to provide notice “[p]ursuant to, and in compliance with” the FDCPA and Colorado law.

Obduskey responded by sending McCarthy a letter under § 1692g(b) of the FDCPA, which allows a consumer to dispute the amount of a debt and requires the “debt collector” to “cease collection” until it “obtains verification of the debt.” Obduskey claimed that McCarthy did not cease its collection efforts or obtain verification but, instead, commenced foreclosure by filing a notice of election and demand with the county public trustee.

Obduskey sued McCarthy in federal court, alleging violations of the FDCPA. McCarthy argued that it was not a “debt collector” under the statute and, thus, could not be held liable. The district court agreed and dismissed the lawsuit, and the Court of Appeals for the Tenth Circuit affirmed the dismissal.

The Tenth Circuit’s decision joined an existing split among the federal circuit courts as to whether the FDCPA generally applied to an entity engaged in nonjudicial foreclosure. Compare Obduskey v. Wells Fargo (10th Cir. 2018) and Vien-Phuong Thi Ho v. ReconTrust Co. NA (9th Cir. 2016) – in which the court held that the FDCPA generally did not apply – with Kaymark v. Bank of America N.A. (3d Cir. 2015), Glazer v. Chase Home Fin. LLC (6th Cir. 2013) and Wilson v. Draper & Goldberg P.L.L.C. (4th Cir. 2006) – in which the court held that such an entity is a debt collector for all of the FDCPA. The United States Supreme Court granted Obduskey’s petition for a writ of certiorari to resolve the split.

The unanimous Supreme Court concluded that an entity performing a nonjudicial foreclosure is not generally a “debt collector” under the FDCPA and, thus, cannot be held liable under the statute, except for violations of the specific requirements of section 1692f(6). The text of the statute was crucial to the Court’s analysis. Section 1692a(6) contains two definitions of “debt collector”:

But the same section of the statute also states: “For the purpose of section 1692f(6) of this title, such term [i.e., “debt collector”] also includes any person who uses any instrumentality of interstate commerce or the mails in any business the principal purpose of which is the enforcement of security interests.”

The Supreme Court found the final sentence of § 1692a(6) to be determinative. As Justice Breyer’s opinion notes, the additional inclusion of a person engaged in a business “the principal purpose of which is the enforcement of security interests” as a “debt collector” only for the purposes of § 1692f(6) would be “surplusage” if that person was already a “debt collector” subject to the entire FDCPA. In Justice Breyer’s words, if the general definition already included businesses engaged in the enforcement of security interests, “[W]hy add this sentence at all?”

In addition to the text, the Court recognized a logic to Congress’s exemption of enforcers of security interests from the “debt collector” definition. State laws closely regulate nonjudicial foreclosures. Moreover, limiting communications about a foreclosure (as required under the FDCPA) could have an adverse effect on the sales prices, which would be to the debtor’s detriment.

Finally, in language that captures the 30-year shift in the Court’s approach to statutory interpretation, Justice Breyer noted that “for those of us who use legislative history to help interpret statutes,” the legislative history of the FDCPA suggests that Congress intentionally avoided including an entity engaged in the enforcement of a security interest in the general definition of “debt collector.” Such a caveat may have been necessary to some of the more conservative justices’ joinder to the unanimous opinion.

The Court also had to deal (subtly) with its own pronouncement in Justice Gorsuch’s opinion in Henson v. Santander Consumer USA Inc. that “[e]veryone agrees that the term [debt collector] embraces the repo man.” (If the repo man is engaging in repossession – i.e., enforcing a security interest – then why is he a “debt collector”?). Without directly referring to that unfortunate dicta in Henson, the Court effectively walked back its broad language by recognizing that repo activity is “a form of security-interest enforcement” and, thus, expressly excluded from the general definition of “debt collector” under the statute.

Justice Sotomayor filed a concurrence, noting her view that this was a “close case” and expressly inviting Congress to act to clarify the language of the statute “if we have gotten it wrong.” Justice Sotomayor pointed to the final sentence in § 1692a(6) as the deciding factor, reasoning that the language was purely superfluous if an enforcer of a security interest fell within the FDCPA’s general definition of “debt collector.” She also emphasized that, by the opinion’s own language, the decision “does not grant an actor blanket immunity from the mandates of the [FDCPA].” Justice Sotomayor emphasized that a firm engaged in enforcement of a security interest must take “only steps required by state law” to remain outside the FDCPA’s reach and suggested that even if an entity only performed the steps necessary to foreclosure, if it did so without “showing any meaningful intention of ever actually following through,” it could fall back within the general “debt collector” definition.

Justice Sotomayor’s concurrence sounds a warning about the limits of yesterday’s opinion. For creditor’s-rights firms handling foreclosures, there is significant comfort in knowing that those actions they take that are strictly legally necessary parts of the foreclose are protected by the Court’s opinion; however, any actions they take that may be characterized as outside of that judicially endorsed zone of safety may not necessarily be afforded the same level of protection. Drawing the precise contours separating what is and what is not covered is neither simple nor self-evident, but it is a line law firms will have to do their best to draw. See, e.g., Reese v. Ellis, Painter, Ratterree & Adams, LLP (11th Cir. 2012), which holds that a law firm hired to conduct a foreclosure sale was a “debt collector” under the FDCPA because the letters it sent to the debtor had the “dual purposes” of providing notice of a foreclosure sale and demanding payment on the underlying debt. While foreclosure firms can celebrate the opinion, we expect that to be the next battleground in FDCPA litigation.