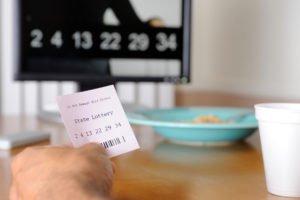 Banks and payment processors involved with acceptance or processing of funds relating to gambling or state lottery systems can breathe a sigh of relief—at least for now—based upon a New Hampshire district court judge’s recent interpretation of the Wire Act, which rejected a much broader Department of Justice (DOJ) position that initially sent shockwaves throughout the financial services industry. Although appellate review is sure to follow, these entities can rest assured that the DOJ will not initiate any prosecutions based upon its controversial interpretation in the meantime until the appeals process runs its course.

Background of The Wire Act

If you have placed a bet on a sporting event anytime in the last several decades, chances are the mob had no involvement (we hope, at least). But that was not always the case. In the 1960s, the mob largely controlled sports betting, and the enormous profits were the mob’s primary source of income. As the country’s telephone networks expanded, the mob began using telephones and telegraphs to accept bets remotely. This garnered the attention of the federal government, who responded by enacting the Interstate Wire Act of 1961.

The Wire Act was designed to target the means by which bets were placed with the mob. Specifically, the Wire Act prohibits the use of a “wire communication facility” to transmit information assisting in the placement of certain bets or wagers. For many years, it was unclear whether the Wire Act applied solely to sports gambling or to all forms of gambling. The DOJ issued its first formal guidance on the issue in 2011 (2011 Memo), when New York and Illinois requested clarification on the Wire Act’s applicability to the use of out-of-state transaction processors for the sale of in-state lottery tickets. Rather than limiting its response to the narrow question posed, the DOJ issued a much broader opinion, finding that the Wire Act applies to sports gambling only. In an unprecedented reversal of the 2011 guidance, the DOJ issued a new memo dated November 2, 2018, (2018 Memo) opining that the Wire Act does, in fact, apply to all forms of Internet gambling, as opposed to solely sports gambling.

This marked policy change reflected by the 2018 Memo was met with resistance. In response to the 2018 Memo, the New Hampshire Lottery Commission (Commission) and its service provider filed a lawsuit in the U.S. District Court for the District of New Hampshire against Attorney General Bill Barr and the DOJ seeking an injunction to prevent enforcement actions based upon the 2018 Memo and declaratory relief regarding the scope of the Wire Act. On June 3, 2019, the court entered a memorandum opinion granting the Commission’s motion for summary judgment, holding that while the plain language of the Wire Act is ambiguous, the legislative history and “significant contextual evidence” support the Commission’s interpretation that the Wire Act applies solely to sports gambling. As a result, the court set aside the 2018 Memo and entered judgment in favor of the Commission on June 20, 2019. The deadline for the DOJ to appeal the judgment is August 29, 2019.

While the U.S. Supreme Court has not squarely addressed the constitutionality of the Wire Act, it has decisively rejected an outright ban on sports gambling. The Professional and Amateur Sports Protection Act of 1992 (PASPA) banned sports betting nationwide while carving out certain exemptions for a handful of states. In May 2018, the Supreme Court issued a decision in Murphy v. Nat’l Collegiate Athletic Ass’n, holding that PASPA is unconstitutional because it dictates to the states what they may or may not legislate.

Although not central to the opinion, the Court briefly addressed the Wire Act, stating that it only applies “if the underlying gambling is illegal under state law.” The Court noted that it is federal policy to “respect the policy choices of the people of each state on the controversial issue of gambling.” With regard to sports gambling in particular, the Court held that Congress is free to regulate it—not ban it—and if Congress elects not to, states are free to step in.

Ultimately, the extent of a financial institution or investor’s investment in this ever-evolving industry is a test of risk appetite. For banks and other financial institutions looking to get involved, the prevention of interstate routing of data related to these transactions is paramount. In order to remove themselves from the purview of the Wire Act, financial institutions should take extra precautions (i.e., specific contractual provisions in contracts with data processors, etc.) to ensure that all data related to sports betting is processed within the state. To that end, businesses considering entering the online sports betting market (provided sports gambling is legal under the relevant state’s laws) could partner with community financial institutions and intrastate payment processors to minimize the risk of interstate data transmission.

For those unable to completely insulate data transmissions, the good news is that the Wire Act’s days may be numbered. Tidbits such as the Supreme Court’s comments in the Murphy case indicate that the DOJ’s interpretation of the Wire Act (and, perhaps, the Wire Act itself) may not survive constitutional scrutiny in front of the Supreme Court. Stay tuned.